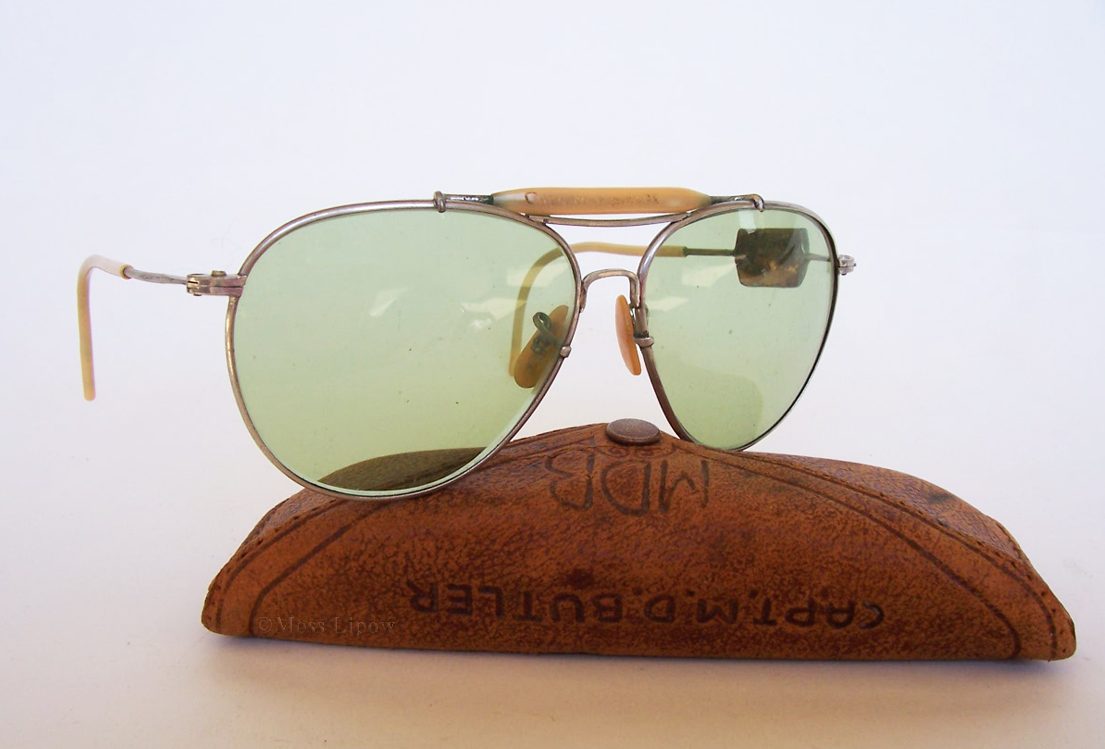 Contractors made an enormous amount of materials for the U.S. Army and Navy during WWII. According to American Optical’s website: “Between 1943 and 1944, a total of 10 million goggles frames, 5 million pairs of sunglasses and over 6.5 million pairs of lenses were ground and polished including 1.4 million prescriptions delivered to the Armed Forces”. And that was just one company.

Because of the vast production you find unused examples of 70 year old military eyewear from time to time. Used examples can be more interesting, though.

This pair of WWII aviator sunglasses is of the type issued to pilots, navigators, bombardiers and gunners in the Army Air Corps/Air Force. The Bausch & Lomb frame and American Optical leather case were a pair I purchased together. The name “M.D. Butler” was inscribed on the brow bar of the frame and on the case. One frequently sees this type of temple with Type 2 AN6531 lenses. When I got them the original AN6531 lenses had been replaced by bifocal lenses with a type 1 green tint. I assume Captain Butler kept them into civilian life and old age.

What’s interesting is the left temple has a field repair. If a temple broke in action replacement sunglasses and temples were often unavailable, so repairs had to be affected with whatever materials were available. In this case a slab of yellow metal was welded into the broken area of the temple. Voila: good as new!

This indicates they were used in a theater of war.

I’ve sometimes been able to look up the records of the original owners of inscribed WWII militaria and been able to find out a bit about them. In this case the name Butler was so common that with no first name it was like trying to find a needle in a haystack.

Captain M.D. Butler inscribed his name on the brow bar of these WWII aviator sunglasses.

I wish I knew who Captain M.D. Butler was and what he saw through these frames. The U.S. Air Corps suffered the highest casualty rates of any branch of the service. 26,000 American airmen were killed in bombing raids over Germany alone. Of course the death toll among German civilians was enormous.

One would have to think these sunglasses meant a lot to Captain Butler. He risked his life for his country in them and survived. They seem to have been a lifetime companion. Very likely he saw cities in flames through them. Here’s hoping he saw children, grandchildren and peace through them as well. 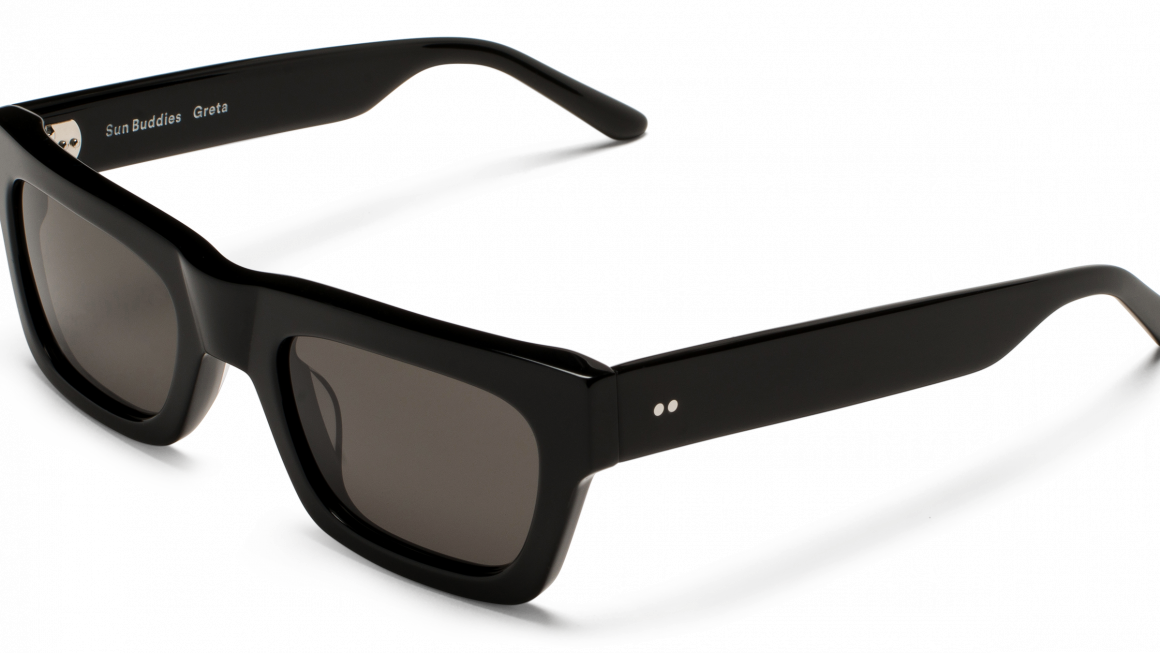