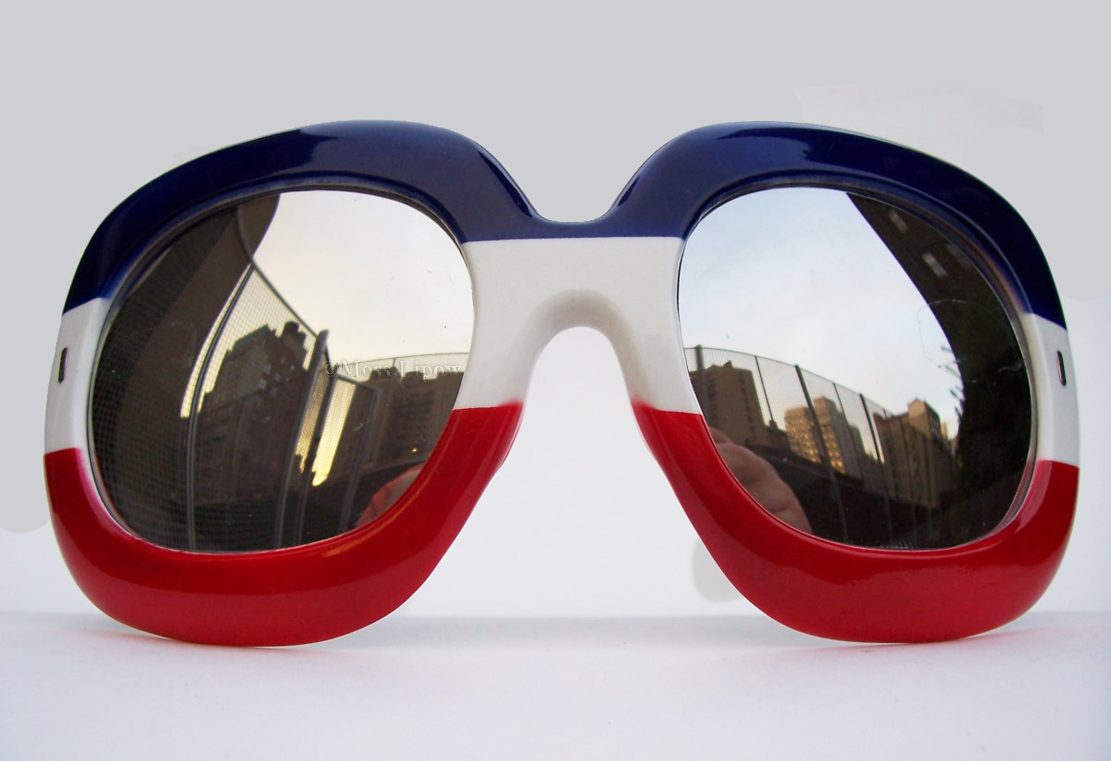 I guess everybody in the U.S. begins their July 4th holiday tomorrow. Nowadays people in the United States eat barbecue, detonate small explosives and watch professionals detonate larger explosives by way of celebration. Things were more patriotic in 1976 when we had the bicentennial of the Declaration of Independence. You can tell by all the red white and blue sunglasses that came out around then.

Most had red white and blue layers of acetate laminated together sandwich style and were sold as ski glasses. I always loved the style and designed an homage a few years ago which remains one of my favorite releases.

There were other variants, though. One is pictured above. It was made by French designer Paulette Guinet. I’ll do a longer post about her sometime when it’s not America’s birthday. Be aware, though, that all designers build on the shoulders of giants. Ms. Guinet was a pioneer in the era of Pierre Marly and Oliver Goldsmith but didn’t promote herself or even sell her production as branded goods, and thus remains obscure.

Her work probably resonates more for me than the other artisanal producers of her generation.

This was one of her more mundane special frames. It’s about 7 inches wide and 10mm thick. It’s also red white and blue.

And for good measure here’s a pair of Gerald Ford sunglasses from his 1976 election campaign, suitable for political convention or discotheque: 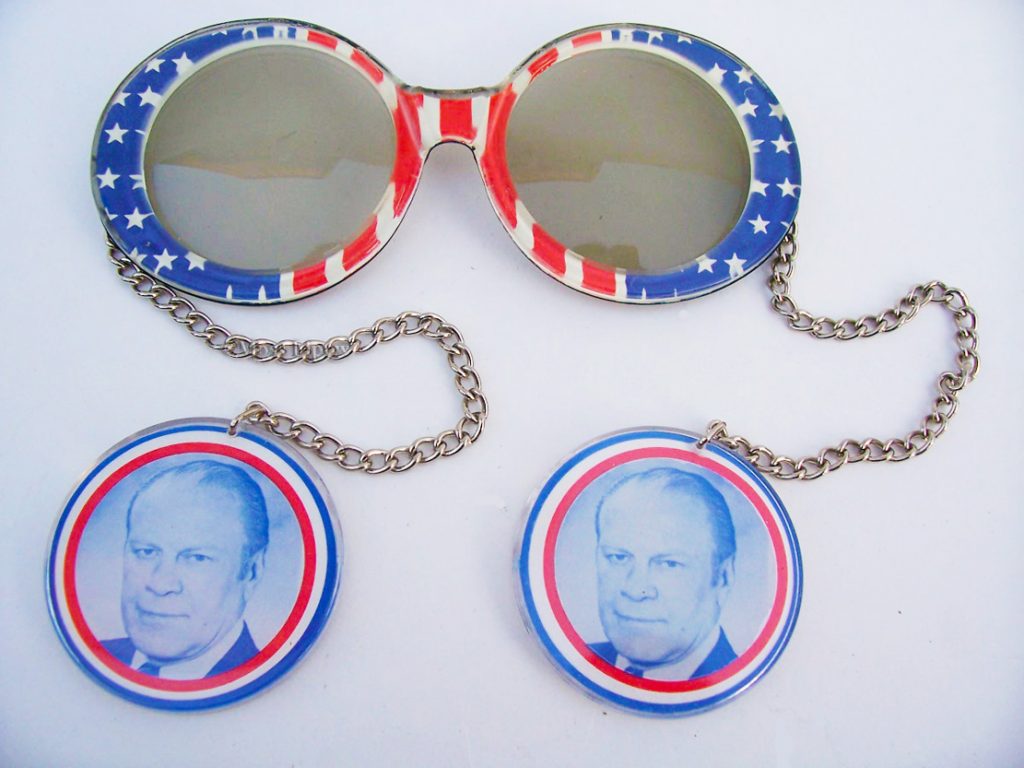