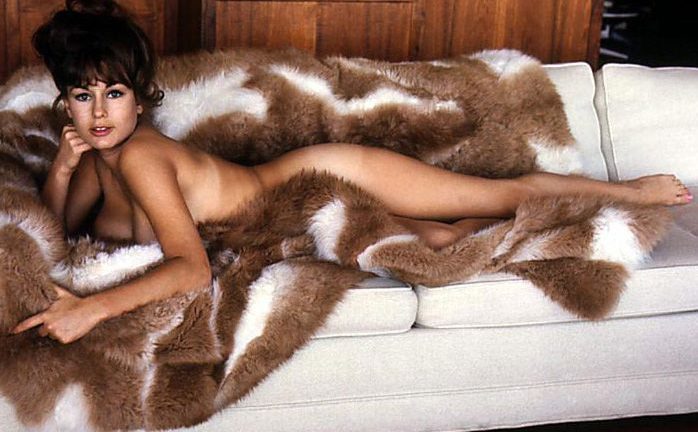 I was thinking today: who was the first woman in eyewear I can remember that struck me as deeply sexy? I almost immediately recalled a Playboy Playmate from the 1960s, smiling, bookish looking, hair piled atop her head, white negligee forming a filmy canopy over the body of a fertility goddess. It was a study in contrasts and therefore striking.

I had seen it as a boy in an anniversary issue’s retrospective of past Playmates. Who was she?

I did a Google search and discovered her name was Fran Gerard, Playmate of the Month for March 1967. After looking at pictures from that shoot (I now notice she was wearing non-prescription eyeglasses) I became curious as to what ever happened to her.

Some Playmates have been famously tragic like Marilyn Monroe, Bettie Page, Anna Nicole Smith and Dorothy Stratten. Some just famous like Jenny McCarthy. Others have had unusual resumés like Victoria Vetri who played Isis in the Star Trek episode “Assignment: Earth” and later did time for shooting her husband. Still others have been notably interesting like Rock and Roll chick Bebe Buell (who I have the pleasure of knowing).

But Fran Gerard basically disappeared… and then she died at 37. That’s all.

If you have a bit of time and the inclination you can fall down a rabbit hole trying to solve mysteries on the internet. But this was all I found, which originated on a Wikipedia “Talk” page:

Fran Gerard’s real name was Fran Cavender. Born Frances Anna Camuglia, she married Jack L. Cavender, 37 years old, in 1966. The marriage only lasted 7 months. Fran Camuglia lived in the Los Angeles area and was a member of the Granada Hills High School class of 1966. Fran and Jack Cavender divorced in January 1967, shortly before her Playboy centerfold appeared. She remarried in 1970 in Las Vegas to Maximilian Anthony Rey, of New Mexico. Little is known about either of her husbands. She died in Fountain View, California on May 30, 1985. Her date of birth, given as March 23, 1948 on the Playboy website, may actually have been March 24, according to one record.

You start asking questions, like how did a high school girl come to marry a 37 year old guy before graduation? Why did nothing follow the Playboy appearance, not even a single bit part or other modeling appearance? What was the reason she died at the age of 37?

I’d simply wanted to write a blog post about sexy women in eyewear. Instead I find myself pondering a gloomy enigma. 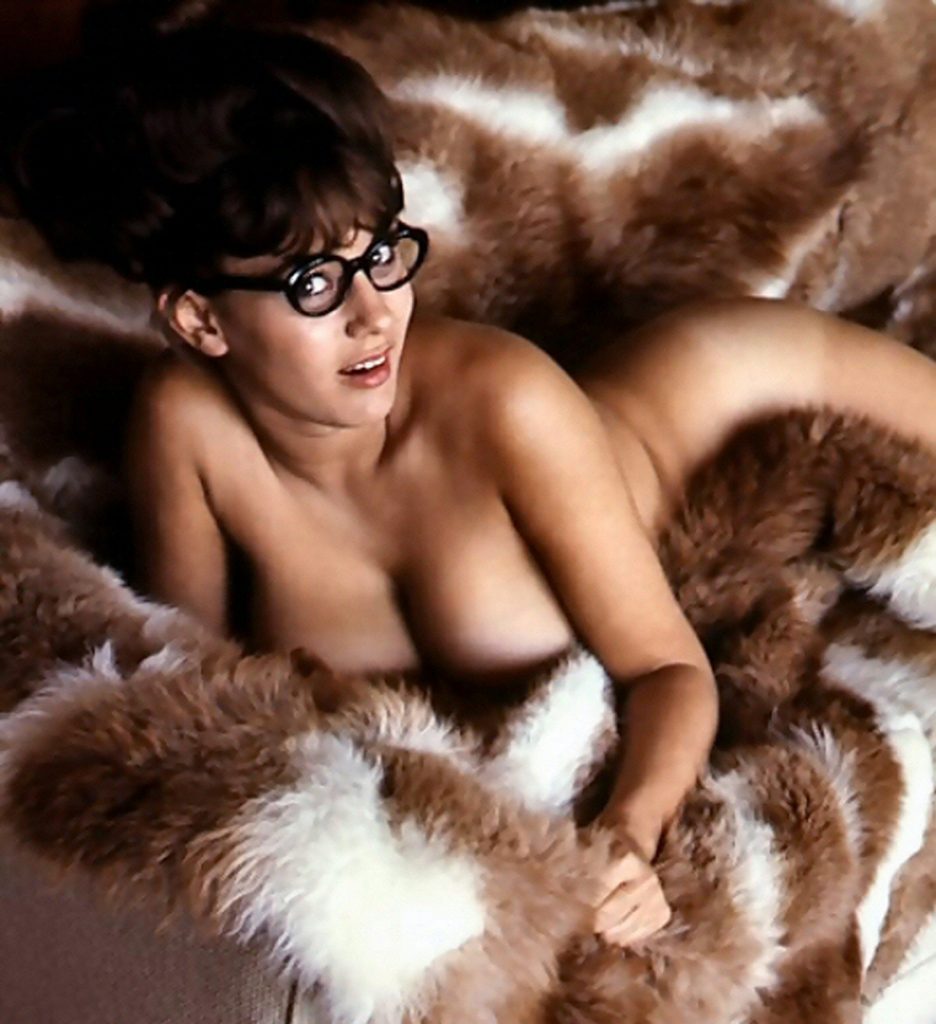 Fran Gerard as she appeared in Playboy as Miss March 1967.